A family owned jewelry store with a large selection of modern, classic and estate pieces with low prices.

Get To Know Us

I am sure that my father-in-law, Harold Priddy, had no idea the number of lives he would affect when he began his business as a watchmaker back in 1963. I, myself, have seen the growth and development of Priddy Jewelers since I joined the family in 1983. No matter the location, the name changes, or the number of people employed, the business has always had service as its core value.

The business was introduced to our community in 1963 at 125 East Dixie (where J. Bradley is currently located) after Harold finished his apprenticeship as a watchmaker. Originally he served customers for watch repair but soon added clock repair. Harold moved locations a few times before establishing Same Day Watch Repair in 1967 on North Main Street. It was at this location that Harold’s son, (and my husband) Wes, joined the business 11 years later in 1978.

It wasn’t a plan that either Harold or Wes had even conceived for them to work together in the same business. It must’ve been God’s plan that circumstances found Wes out of work and spending time at his father’s shop on a daily basis. Harold handed Wes a watch to take apart and the rest, as they say, is history. The business was growing and flourishing as people from surrounding communities began to seek them out for service. 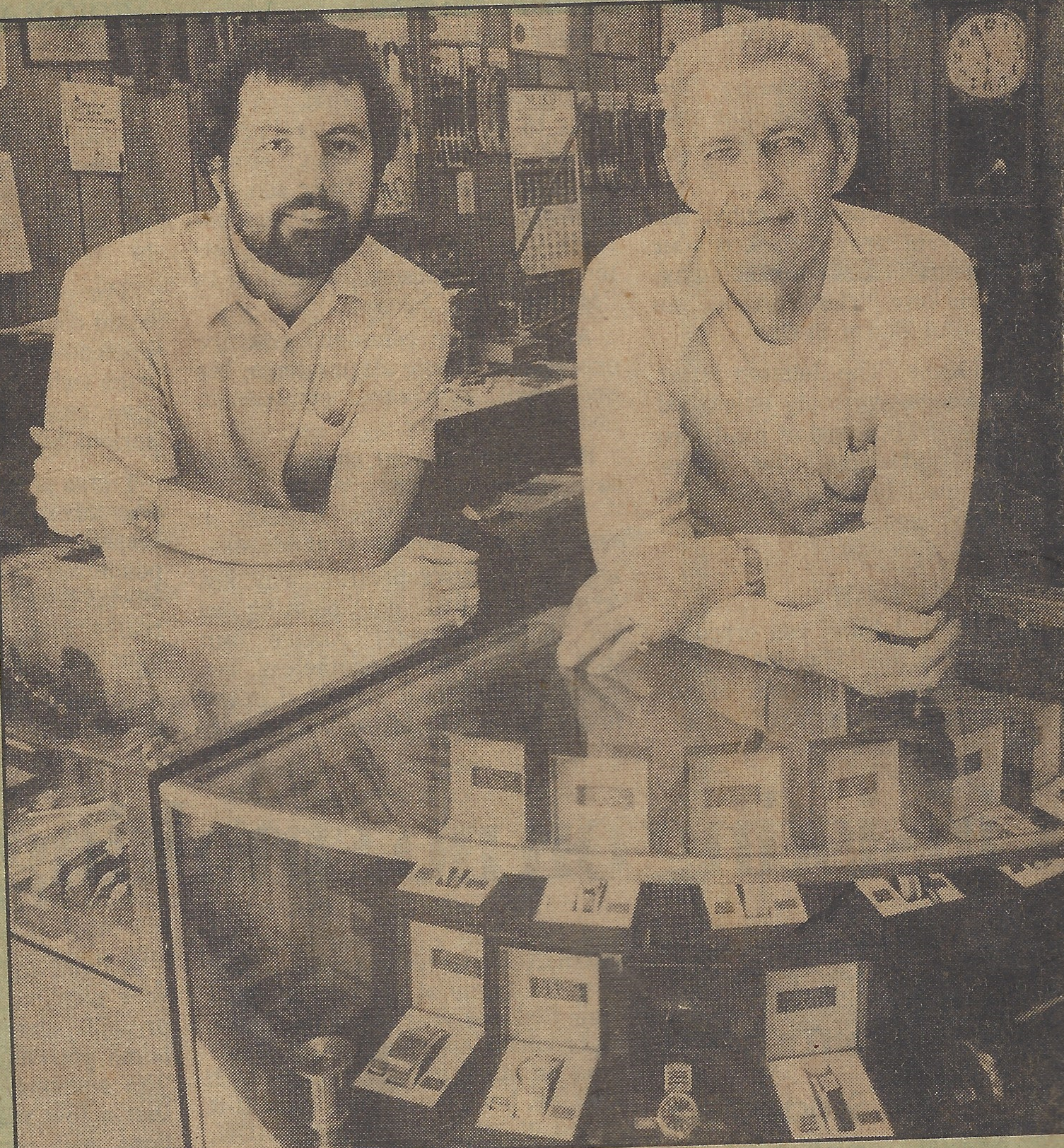 Observations of trends brought about a change of locations once again, as well as a name-change. Harold purchased a building on East Dixie from First Citizen’s Bank in 1985. Priddy Jewelers was appropriately chosen as the name since jewelry repair had become Wes’s area of expertise. Even in those early days, I saw many folks come into the shop because they knew that they could trust these two men to take care of their personal jewelry and watches. Soon they were selling a modest amount of jewelry to their customers as well.

Then it was back to a one-man operation when Harold decided to retire in 1996. Wes had already had so much increase in his workload that he needed to find a solution. Jonathan Myers learned jewelry repair, apprentice-style for a few months, and decided that this wasn’t the career for him. Mike Moats, who was a trusted friend and award-winner in the realm of welding, decided to delve into learning the craft of jewelry repair in the spring of 1998. I have heard Wes say numerous times that he was able to do the work himself previously, but Mike is extremely gifted. We consider Mike to be a blessing to us from God as he has been an excellent jeweler and a great asset to the business.

Priddy Jewelers made another location change as the marketplace changed. We found a home in Helmwood Plaza in November, 1998. During the 20 years that the business was there, our children grew up as an integral part of the business. They were educated in business and customer service. I can remember that some customers would come in and request some of them by name to receive assistance. Carla Taul, Cathy Priddy, Ben Priddy, Lauren Pace, and Dawn Moore were thus, all part of growing the business. During those years, our daughter-in-law, Stephanie (Leroux) Priddy and Mandy Magers, made significant contributions, as did Abi (Myers) Koch.

When you walk through the doors currently at 1815 North Dixie, you will discover that the family business has not changed its core values of honesty and cordial service. Staff members (Iantha, Suzi, and Carla) are conscientious and do their best to care for our customers’ needs. Our daughter, Dawn Moore, has been gemologically trained in order to provide the expertise that today’s customers expect. She is astute in custom designs, as well as the simple replacement of a watchband.

Priddy Jewelers has humble beginnings. God has been so good to us! We are grateful for all the wonderful folks in our community who have trusted my father-in-law, Harold, my husband, Wes, and the employees I mentioned to take care of your watch and jewelry needs. We now have thousands of friends who met us originally by coming in for a watch battery. Our vision has enlarged enough that we now see serving people across the nation. The vision includes relationships that span the years with a brilliance as great as the diamonds that we provide!

Choose a member of our staff below to learn more.

Visit our showroom to see how we can help achive your jewelry goals!